My whale shark season started down in Xcalak, Mexico just south of Cancun  where I did something really unique: got in the shallow water with American Crocodiles.!  We survived and some of us came back north to Isla Mujeres for an opposite experience swimming with gentle giants in the open water.

Isla Mujeres is fun as always with some new restaurants to try and all the old favorites.  It seems like there is a new whale shark or marine conservation themed mural going up each year.

The weather was settled with clear skies and beautiful water conditions for photography.  Each morning we would board the boat and head out to where the captains estimated the aggregation would be – it can move overnight depending on wind, currents, and activity of the plankton food mass.   We had no trouble finding them in short order. 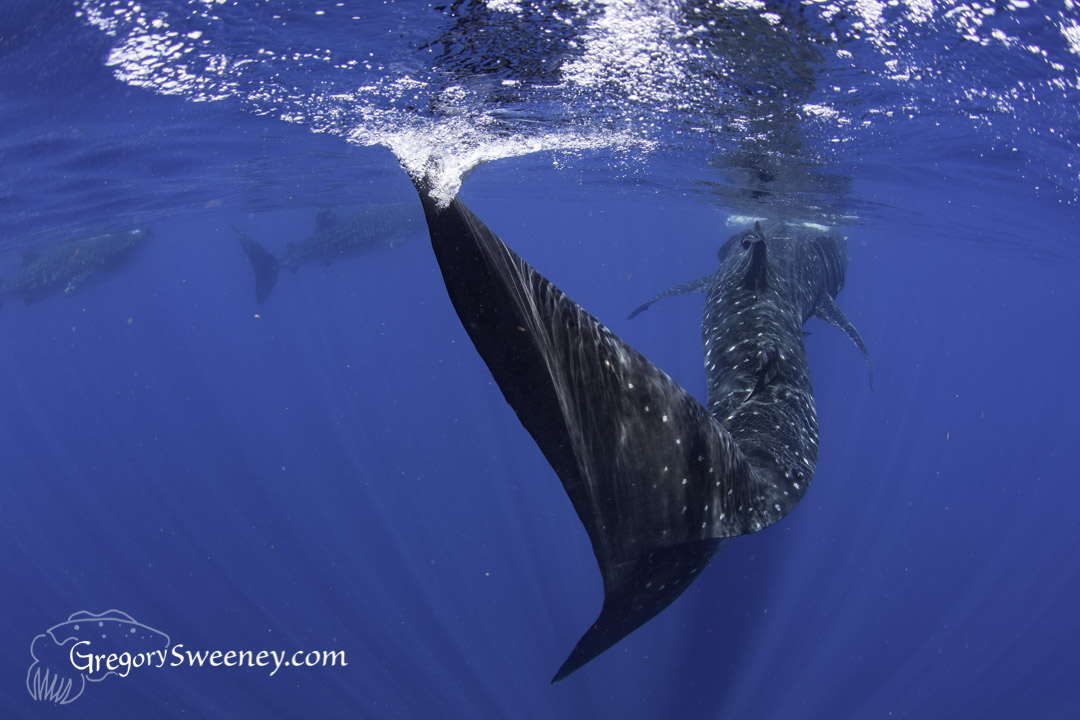 This year I photographed with my Canon 5D IV and EF 15mm Fisheye f2.5 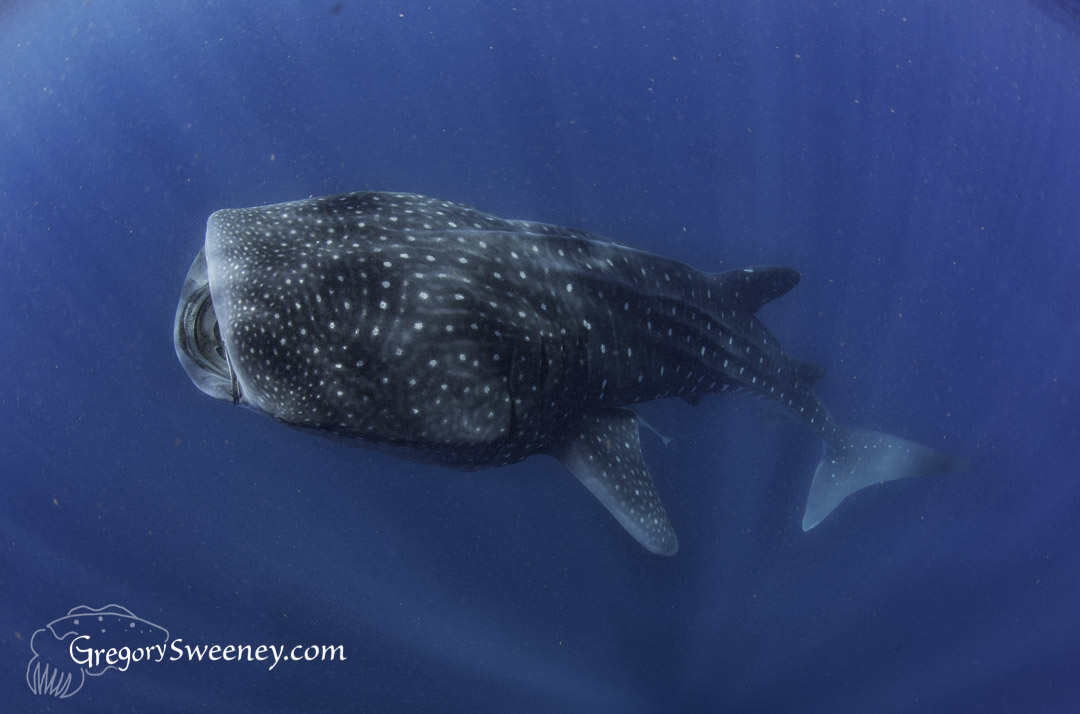 We would have several good “drops” into the water by mid morning.  Often we could follow one individual and when they got ahead of us just stay in place because another whale shark or two was on its way straight to us.  If none where nearby, the captain would come pick us up and take us back into the action and drop us again. 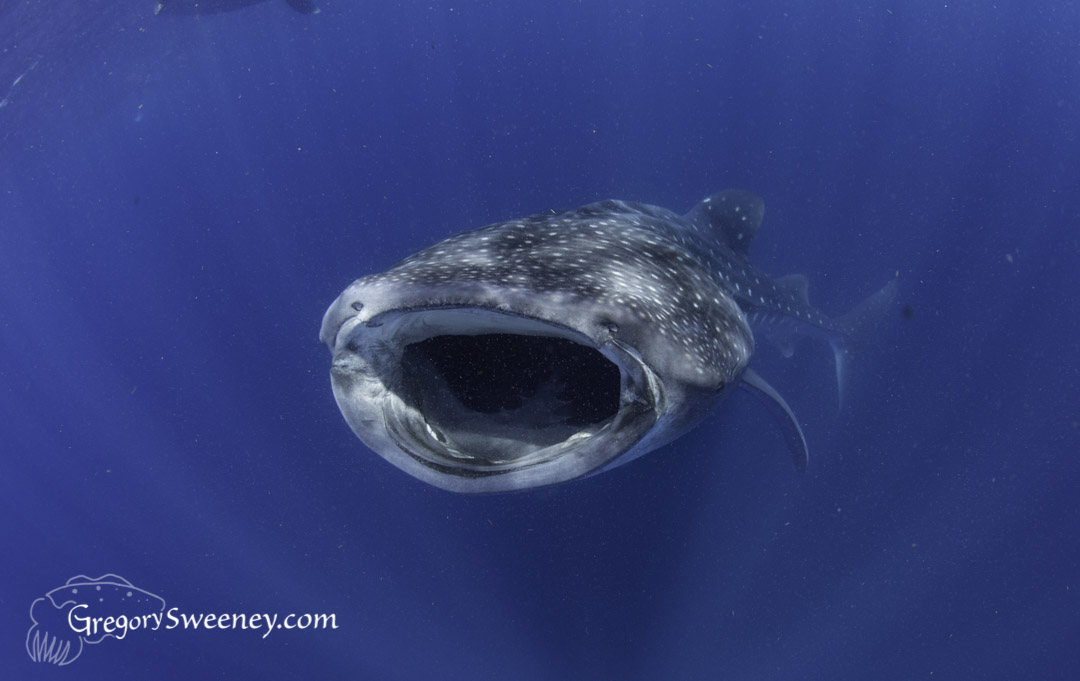 Occasionally we would get into an area with other boats of guests taking turns at swimming.  No matter, because we could take a break while they had their chance then soon packed up to return to the mainland.  We were out early and would stay late so we had plenty of time.  By mid afternoon we were usually the only boat remaining.  Some private time!

We would keep watch for mantas and would devote some time to looking for them either on our way to and from or when we needed a break form the whale sharks.  We found them several times and had a good in water session with one of the groups of mantas.  It is always harder to find mantas since they do not always feed on the surface and they do not have the large fins showing above water like the whale sharks to give them away.

A Great Trip Out of the Water Too

We would return to the island in the late afternoon.  It was great to relax in or by the pool before changing and having a bit of technology time.  We had so many nice places to choose from for meals, all a short walk from the hotel.

The food and atmosphere on Isla Mujeres is wonderful and really makes this a great getaway.  It all ended too soon:  this was exceptional season for the whale sharks.

I want to thank all of the wonderful and interesting people who were my guests this year.  They made it so much fun and I enjoyed conversations with them and helping them with their photography.

I always leave looking forward to next visit

see my dates for next year

Trip Reports from my other Photography Trips in Mexico

Swim with Sailfish and Baitballs at Isla Mujeres