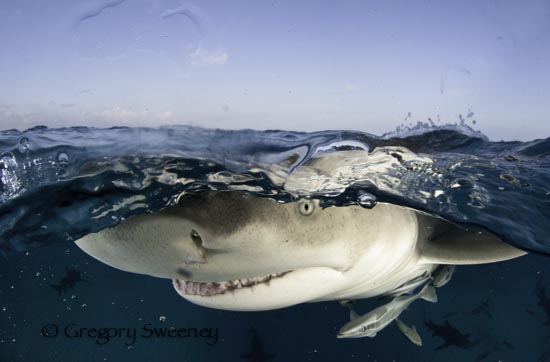 Several years ago I came across the dilemma of how to photograph sharks with a half and half effect without getting into the water and risking all.  Previously I used to stick my hand and camera in the water off the stern transom of the boat.  This was not idea as it was a big possibility that I would loose the camera and my hands.  To cure this situation I came up with a plan to make a pole cam mount for less than $100 USD.  I figured that if the Wright Brothers could build an airplane from parts in their bicycle shop, I could make a camera mount from bicycle parts and other found garage items .

The pole com consists of : 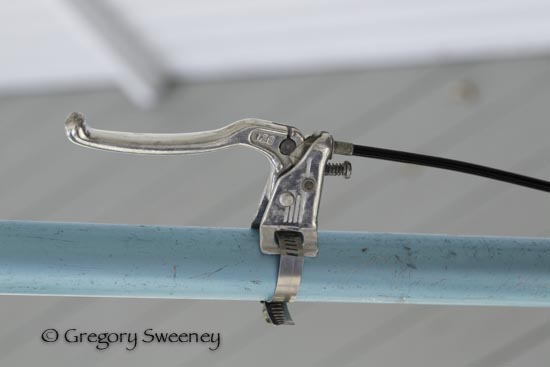 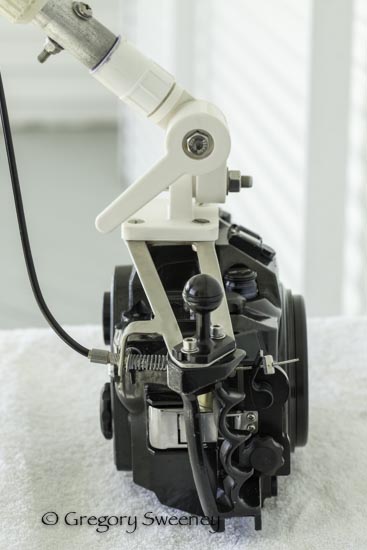 The housing can be quickly removed from the polecam rig

The camera was outfitted with a fisheye lens, domeport,  and two strobes. 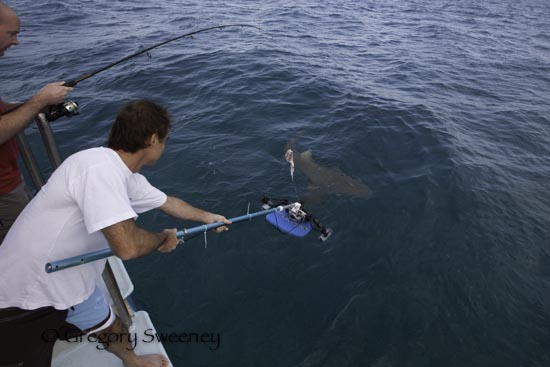 On the boat we would assign someone to work a fishing pole with bait but no hook.  he would cast it out then pull it toward the boat luring the sharks in toward the boat and polecam.  When shark to to the correct distance he would raise the bait and I would activate the shutter by squeezing the bicycle  lever.   I found that it works really well on calm water conditions.  Always room for improvement, but I did get a few nice shots. 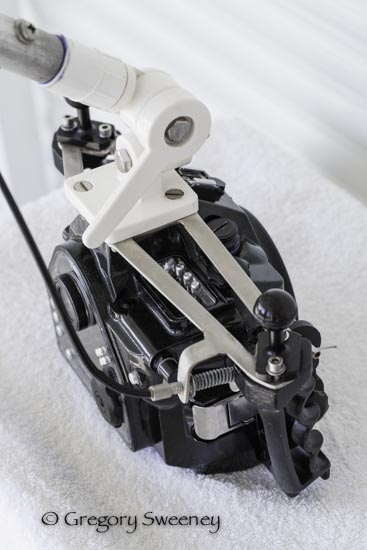