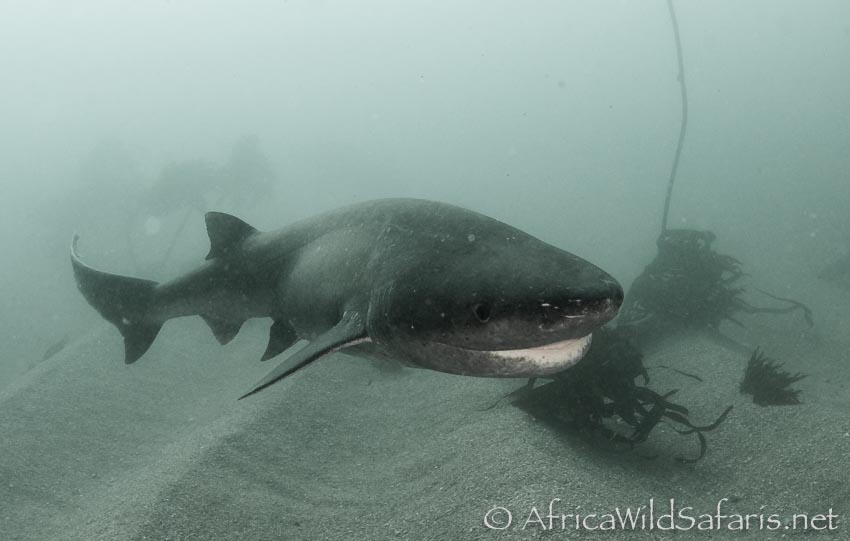 After a morning of Great White Shark action, we planned a dive to see the  broadnose sevengill cow shark.  We met at the dive shop then drove to the shores of the Castle Rock Marine Reserve.  Just out of Simons Town, a small rocky peninsula juts out rather abruptly into the bay and provides a sheltered site for the slipway boat launch.  Our boat carried us a short distance and dropped us off in the kelp beds.  Underwater there is granite reefs with sandy patches. The cowsharks swim in a pattern in the kelp channel close to shore.  The water temperature is around 13’C so I was happy to have my drysuit. 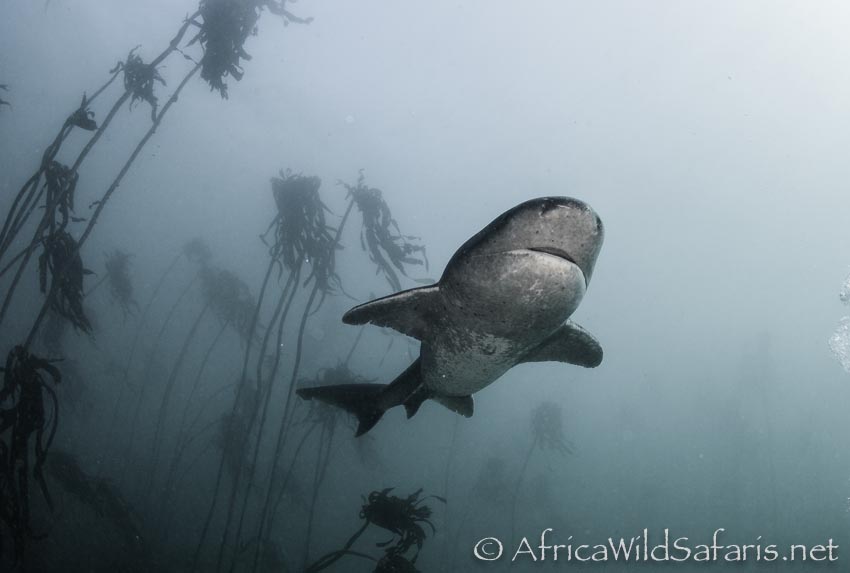 the cow sharks circle in the kelp

The cowshark is thought to be a very primitive form of shark as their skeletons resemble those of ancient extinct forms. They lack a dorsal fin, have a rounded head, and sport 2 more gill slits than more modern sharks.   The sevengill shark is a versatile and common predator that has often been overlooked as an imporant marine predator capable of feeding on a wide variety of prey species.  They eat fish and small chondrichthyans (sharks) while larger individuals eat more marine mammals.  They have been known to hunt in packs to bring down larger prey by means of stealth.  Cowsharks are not protected unless in a marine reserve.

We encountered quite a bit of surge on this dive, but once we fixed ourselves on the bottom we could settle down to photography.  Soon the cow sharks emerged from the gloom of the distant kelp and circled very close to us.   Their smooth glide a few meters from the bottom was entrancing.   It has been a while since I did a cold water dive and enjoyed the green water and giant kelp forest. 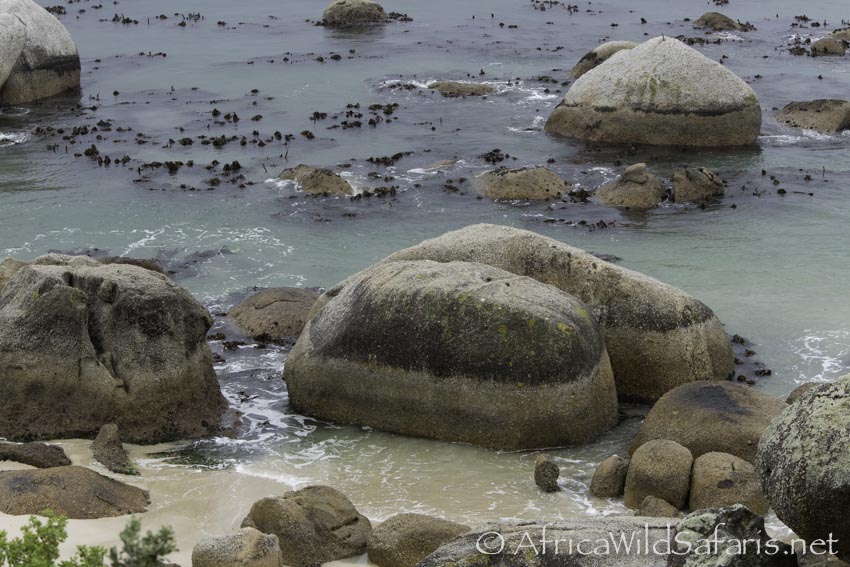 Our dive was close to shore in the kelp beds 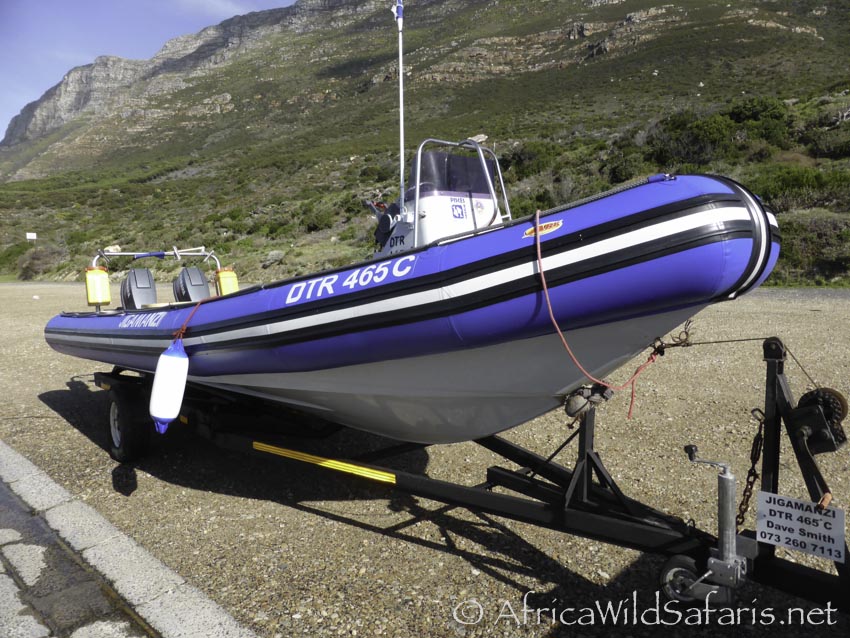 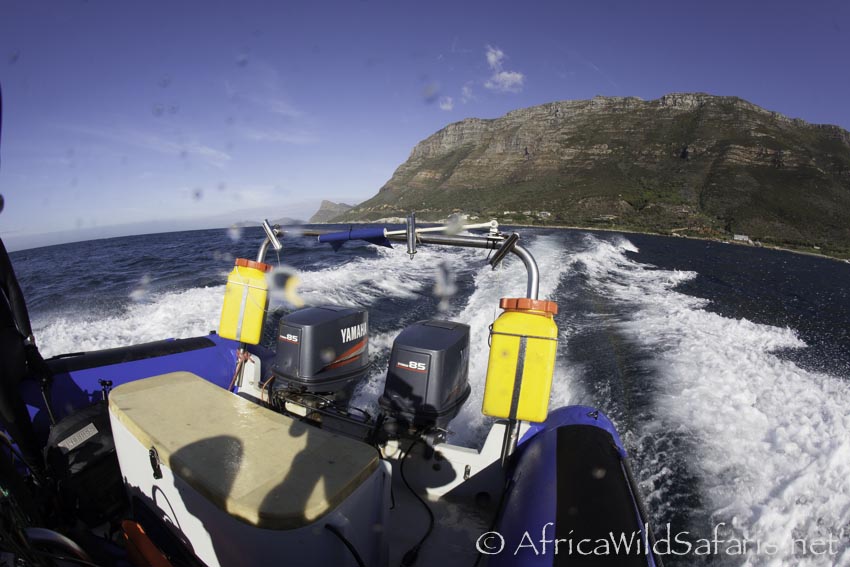