Every October and November, polar bears congregate in the Churchill area to await the return of the sea ice and access to their preferred prey: the ringed seal.  We headed up in late October, which is the middle of the aggregation of the bears and usually before the ice forms and they head away.

We traveled by way of Winnipeg and a flight up to Churchill.  Our group stayed inside the Churchill Wildlife Management Area at he Northern Studies Centre, a research facility that houses those conducting research. Each year the Centre welcomes a few visitors such as our group.  While at the Centre we were introduced to ecofriendly facility,  learned of the current research, and had a thorough orientation to polar bears in this region from the researchers.  We enjoyed the observation deck and night observatory dome.

Our first two outings were on “Tundra Buggies” or “Bear Buggies”; specialty build vehicles which can travel the roads and overland in the Wildlife Management Area with minimal impact to animals and environment.  I dare say we would not have been able to reach the remote areas had we not been on such an accomplished and purpose built vehicle.

The back of the vehicle is an open deck from which we could photograph the bears and scenery.  It was also possible to get shots out the open window, but we spent most of our time outside.

Our bear sightings started right away on our way form the airport.  Our first two days yielded some very nice encounters with a male polar bear along the water and  napping in the snow.

It snowed these first days decorating the rocks and scrub bushes.  The snow actually made spotting the bears easier as they appear yellow against a new snow.  They seemed to be getting excited and energetic feeling that ice and  seals were getting closer.

One curious male came to check out our vehicles one at a time.  He peered up at us in curiosity and gave the vehicle a good smell underneath.

We encountered a female escorting her two cubs at the edge of the Bay – perhaps checking to see if the ice was formed yet, or just looking for a meal.  The cubs were very full of energy and roaming all over not following mom.  It was difficult to get a nice family shot, but fun to see the young ones out learning how to survive on their own.

The bears were hungry as they have not had a good meal of seal since coming to shore last spring.  We spotted them  eating kelp and browsing berry bushes.

For our last day we used a different mode of transportation:  a private van tour with a local expert.  He spacious vehicle was comfortable and his knowledge allowed us to find bears but also other wildlife such as a snow owl, ptarmigans, and fox.  Though outside the Wildlife Management Area, we had excellent polar bear sightings.  A young female came toward us then thrilled us as she picked a nice patch of moss among the rocks and took a nap just meters from our vehicle.

We tracked a male polar bear for some time.  We were out of the van photographing  at photographing something else when the bear snuck up behind us and came toward us.  We quickly got back in the vehicle and when he arrived at the vehicle we had some very close shots of him as he checked us out.

The private van was a great way to enjoy all the wildlife and scenery.  Our guide showed us a couple of abandoned structures and other sites that illustrate life in Churchill and its history. 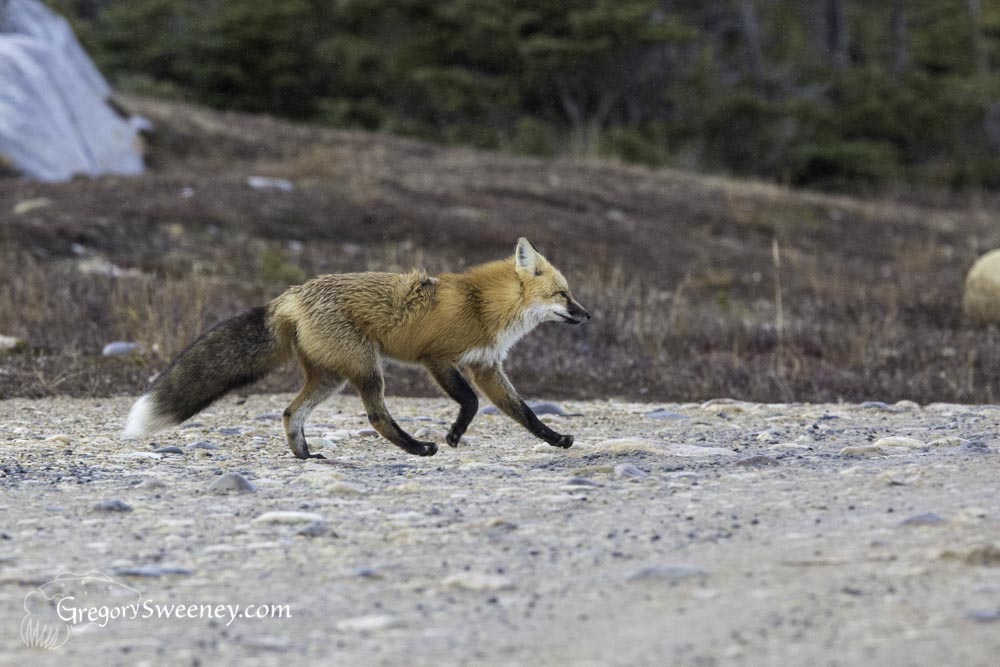 Though short, this was a very successful and fulfilling opportunity to photograph polar bears and their arctic landscape.  It was both exciting and educational; I feel a deeper understanding of the polar bear’s lifecycle and how the climate impacts them in very significant ways.